It’s been an interesting year for us. There have been moments of intense action, of peaceful experimenting and learning, of wondering what-the-heck we’re doing and if we’re doing this all right (yes, we have those moments too).

Through it all, we’ve stuck it out and are closer than ever to seeing our video game hit the electronic shelves for the first time!

We want to take the opportunity to thank you for staying with us, for being so patient and supportive. We love our community and won’t be here without you!

Here’s a look back at what we’ve been up to last year.

We hit the ground running at the turn of the new year. Having kicked off our closed beta right before the first of January, we were working feverishly to have everything ready before 6000 youth hit “play” on February 17.

The next months were a blur. Many late nights, energy drinks and bug squashing sessions later, we were ready to take a breather when Easter finally rolled around. The closed beta ended on a high note with an epic live show for the playtesters from BUK youth club, produced by BCC Media.

After the success of our closed beta, we approached other youth groups and individuals who were interested in our game concept. This included a road trip in the US where we attended the Game Developers Conference (GDC) and got to meet a few youth pastors in different states.

Back at the office, we were making use of the much-needed “downtime” to move our project over to Unreal Engine 5, experiment with new tech and compile all the feedback from the closed beta. One big improvement we were working on was making it easier for anyone to try the co-op mobile feature of our game.

In July, we launched an early demo on itch.io for anyone curious enough to try it. We had a few main points we wanted to validate with our game, and it was very interesting to see the results! 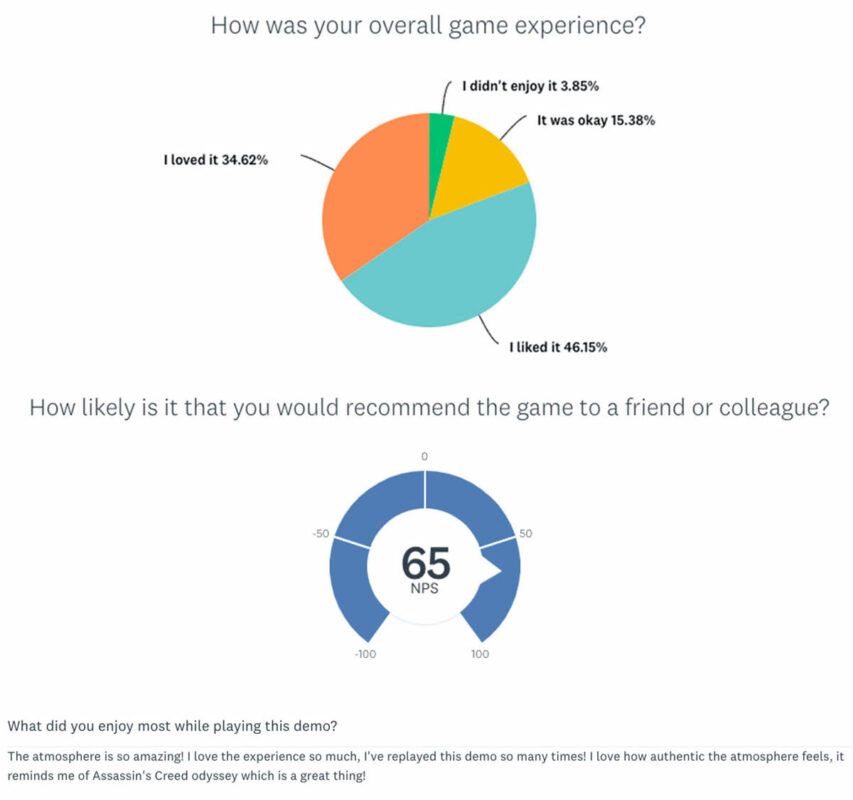 After gathering the data from our early demo, we came to the final decision to make our game both single-player and co-op. We named the co-op function CoPlay, and started brainstorming ideas for game mechanics that would be both iterative and fun.

We also brought our demo to a couple IRL events where we got even more confirmation of how our target audience likes to game.

Our devs had been working hard and in December, we had our first playable prototype of an exciting new game mechanic for CoPlay! We can’t share what it is yet, but here’s a screenshot to give you a clue. 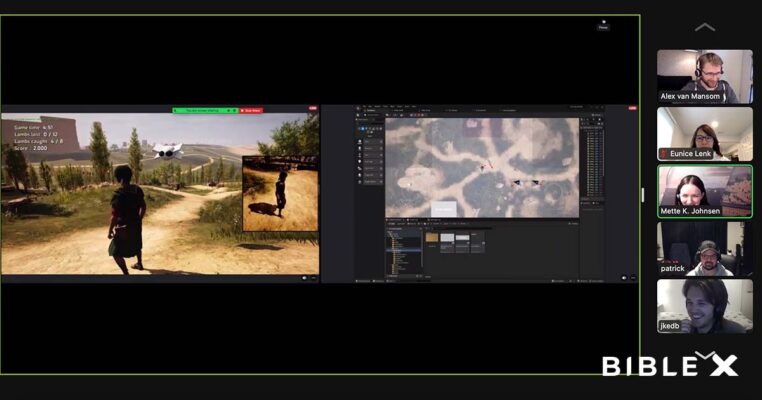 We have also been working on deciding a name for our game, so if you’d like to help us, go check out this survey or the conversation going on in Discord!

This year is shaping out to be pretty exciting. Keep a lookout on Steam as we will be announcing our game soon!

We also have other cool things planned, so stay tuned by subscribing to our mailing list and joining our Discord, if you haven’t already!

Thank you for continuing to support us and staying updated with our news!

You can help us to get the word out by sharing our game with anyone who might be interested!

-From the Bible X team

We use cookies to support the user experience on our site. By continuing to use our website, you agree to our use of cookies.
More info Accept